The Rebuild: Chapter 1 – The Foundation

The Rebuild: Chapter 1 – The Foundation

So how did we get here?

As with most things these last 18-months, the effects of the pandemic reshaped our original vision for the Attack Academy app. We first launched the app in late 2019 as a mobile platform to share drills and skills with young lacrosse players while also providing them with the ability to get personalized video feedback from one of the most awarded attackman in the world – Rob Pannell. After the app’s initial success, our vision for the future of the platform grew and we continued to ask ourselves, “How can we give these tools to more developing players?” Rob had developed a friendship and worked camps alongside Grant Ament, a Penn State star at the time, and together they decided it was time to grow the roster with some additional firepower. 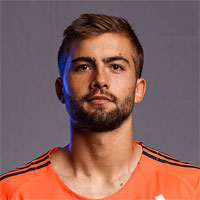 Attack Academy added the nation’s top attackman and 2020 #1 PLL draft pick, Grant Ament. After losing his senior year to COVID, Grant was excited to pass on his knowledge to younger players and dive into life after school. Having worked camps together in the past, we already knew Grant had an incredible passion for the game and an uncanny ability to translate the game to young players. Our community agreed– after uploading his first videos to the app, the positive responses came flooding in.

As the pandemic settled in, we continued to look for new ways to connect with our community. Like many others, we went through a “Zoom Boom,” hosting live training sessions over Zoom and we even put on a Zoom camp. As winter came and the days became shorter, we started to add film room talks, personal interviews, live workouts, remote training, and more. After a while, Zoom fatigue began to settle in–we weren’t getting the attendance that we had at the beginning of the pandemic and internally we knew there was more we wanted to give to our members. 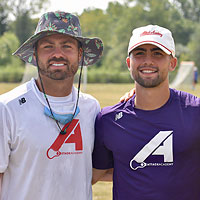 Our platform was off to an amazing start, thanks to Rob and Grant’s on-field expertise and coaching experience. The feedback from our players inspired us to look inward and continually ask ourselves, “How can we provide a better experience for our users?”. We had seen Rob and Grant ask themselves this question every single day with their craft, it was time for us as a company to do the same. In the process, we started to uncover some new ideas – a LOT of new ideas!

We quickly realized that we were missing a process, both internally as a company and in the instruction we were providing. You see, when we first launched the Attack Academy app, it was the first of its kind (and still is) — the only platform to connect players to the best players in the world for 1-on-1 feedback. As athletes ourselves, had a strong hunch that young players would love the idea of working directly with the pros, but we needed to get our product out there and test it. We focused all our effort on the app itself and the videos we needed to make, but there was not much organization to what we did. As a company, we did not have the processes in place to produce more content, reach more people, and ultimately build on our initial success.

In the same light, we realized that we weren’t providing enough of a process to you all, either. As athletes, we know how important it is to have structure in everything that you do–once you build a framework, then you can work hard and “trust the process” knowing the work you are putting in is helping you achieve your goals. We quickly realized that Rob and Grant had very detailed lacrosse processes (on-field skill training, weight room routines and mental prep) they have developed over decades of playing and it was our job to share those same processes with our members, so all they had to do was show up and work hard.

Once that idea clicked, we were off to the races. Through the journey, though, we’ve learned a lot about ourselves and our potential as a company but perhaps the most important lesson was one we all already knew: we can always be better.

We are steadfast on continuing to get better and provide the best lacrosse educational platform for all of YOU.

Keep your eyes out for Chapter Two coming soon.