Rob Pannell is a professional lacrosse player in the Premier Lacrosse League for the Redwoods LC. Prior to the PLL, Rob spent 7 seasons in the MLL with the New York Lizards where he was the 2018 MVP, two-time Offensive Player of the Year. Rob holds the professional lacrosse scoring record for points in a season with 78 and has been named an All Star seven times.

Rob Pannell played collegiate lacrosse at Cornell University where he won the Tewaaraton Award and was a two-time USILA Player of the Year and Attackman of the year. Rob was a four-time All American and three-time Ivy League Player of the Year. Rob graduated Cornell the all-time leading scorer in college lacrosse history with 354 points. Growing up in Smithtown, NY, Rob attended Smithtown HS West and Deerfield Academy, and now resides in New York City. 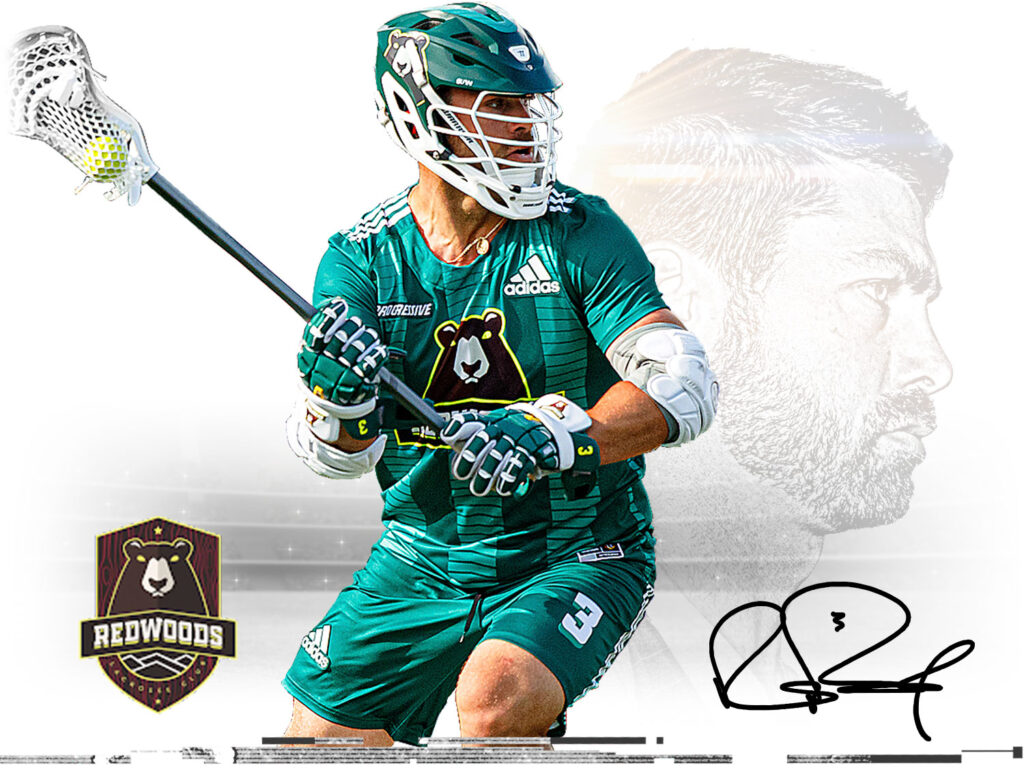 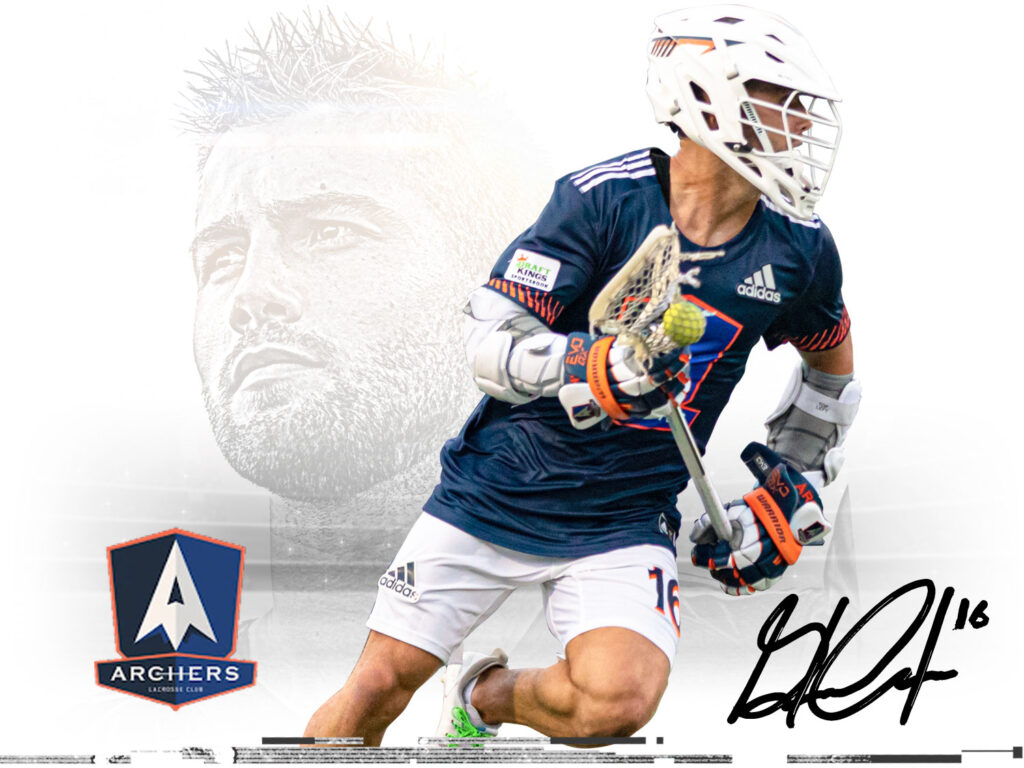 Grant Ament is one of the young stars in professional lacrosse. He has spent the last two seasons with Archers LC. After finishing in the top five in points in year one, Grant led the league in points in just his second year with 40. He was also an All Star game captain in 2021.

Grant played at Penn State University in his collegiate days where he broke the single season assist record and was the school’s first Tewarraton Finalist. During his time in Happy Valley, Grant was the 2019 Attackman of the Year, Big Ten Offensive Player of the year, three-time All American, four-time All Big Ten and a captain of the Penn State Lacrosse Team.

Grant grew up in Doylestown, PA and attended The Haverford School for high school. He now is the offensive coordinator there and lives in Philadelphia.

Tom is a professional lacrosse player for the Archers Lacrosse Club of the Premier Lacrosse League (PLL), the Toronto Rock of the National Lacrosse League (NLL), and Team USA. As a member of the Archers, Tom was ranked the league’s top player in 2020, is a 2-time recipient of the Gait Brothers Midfielder of the Year award and is a 3-time All-Star.

Prior to the PLL, Tom spent 5 seasons with the Ohio Machine where he was drafted 1st overall, a 2-time league MVP, a 5-time All-Star, and a league champion.

As a member of the Toronto Rock, Tom was named the 2017 NLL Rookie of the Year and led the Rock in points in 2017 & 2018. Tom was a member of the Team USA FIL World Championship team in 2018, where he was named to the All-World Team and awarded the Most Outstanding Midfielder Award.

Tom is a graduate of Princeton University, where he was the 2014 Senior CLASS Award recipient, a 2-time Tewaaraton Award Finalist, a 2-time National Midfielder of the Year, a 4-time All American, and a 2-time Captain for the Tigers. Tom grew up on Long Island and attended St. Anthony’s High School. He now resides in Hoboken, NJ. 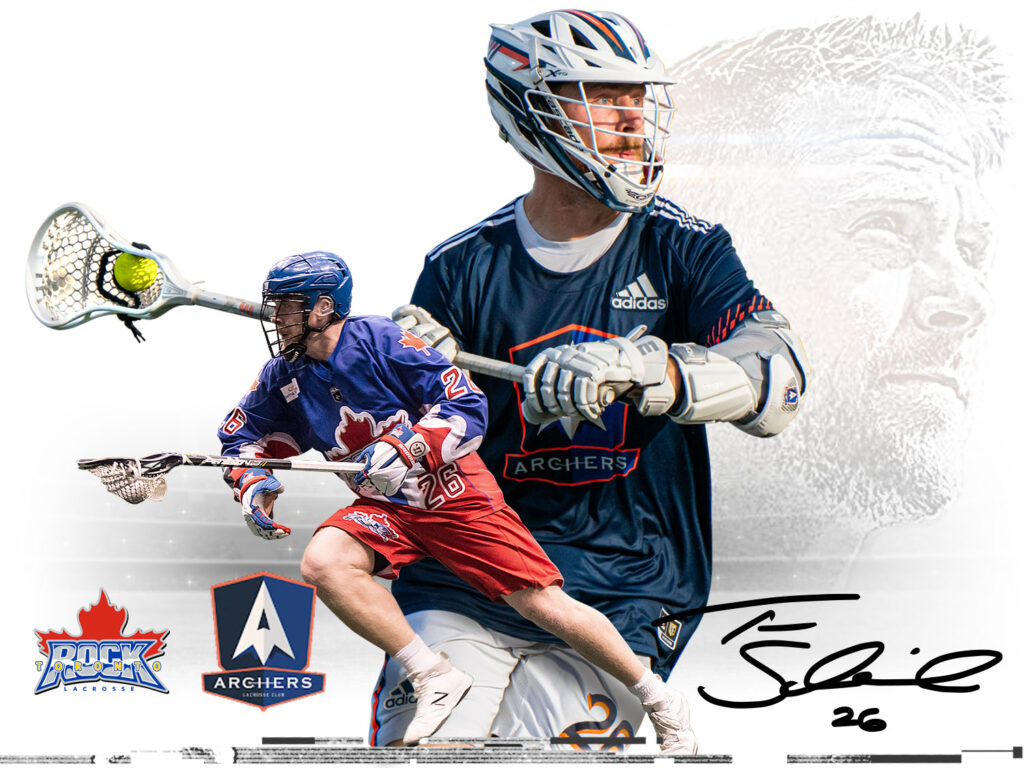 Mac is a professional lacrosse player for the Chaos Lacrosse Club of the Premier Lacrosse League (PLL) and the San Diego Seals of the National Lacrosse League (NLL). In his rookie season with the Chaos, Mac played a large role within the offence as they went on to win the 2021 PLL Championship.

Prior to the PLL & NLL, Mac spent his collegiate career at Penn State University where he became the all-time NCAA Division 1 scoring leader with 221 goals.  As a freshman, he broke Penn State’s single-season goal record with 51.  He later went on to break his own record with 78 goals during the team’s first-ever Final Four run which included a Big Ten Championship along the way.  Mac finished his collegiate career as a 4x All American, 2019 Big Ten Championship MVP, and a 2x Tewaarton nominee.

Mac grew up on Long Island, NY,  where he attended Syosset Highschool.  He now resides back in Syosset where his lacrosse career began.